Gerri Kimber has written a wonderful new review of To the Volcano in the Los Angeles Review of Books.

Boehmer’s book is a gift of discovery for us all, whether we come from the South or the North, a reminder of the transformative power of acceptance 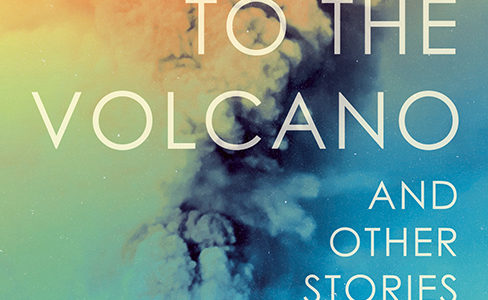 Elleke’s short stories will be featured in the 14 January 2020 edition of Blackwell’s Short Stories Aloud – The most fun you can have in a bookshop on a Tuesday night.

Listen to actors read short stories read by our guest authors. This month we are joined by Julie Mayhew, author of ‘Impossible Causes’, and Elleke Boehmer, ‘To The Volcano and Other Stories’ . After hearing short stories (and eating some cake) there will be questions from Sarah Franklin, author of ‘Shelter’, and the audience.

To the Volcano has been reviewed by Susan Osborne in her blog A Life in Books. An excerpt:

These are insightful, intelligent stories full of characters pursuing their dreams but often meeting with disappointment, unable to make a decisive move, pulled back by a longing for home or an inability to escape their past and often left lonely as a result. An enjoyable collection, written with a quietly perceptive insight.

Eithne Farry has written a review of To the Volcano for the Daily Mail, calling the stories ‘beautifully crafted’.

The Oxford Centre for Life-Writing will host a wine reception to celebrate To the Volcano on 2 December at Wolfson College, Oxford.

All are warmly invited.

La ragazza che parlava Zulu e altri racconti has just been published in Italy by Historica! This collection is an Italian translation of Elleke’s book of short stories, Sharmilla, and Other Portraits, which was first published in 2010 by Jacana.

Elleke will launch her new book of short stories, To the Volcano and Other Stories, with Myriad Editions in London on 3 October 2019.

Pre-publication copies will be available for signing by the author.

All are warmly invited.

Elleke’s short story ‘Supermarket Love’ has been commended by the judges of the 2019 ABR Elizabeth Jolley Prize out of a long-list of ten. Elleke will fly to Melbourne to attend the awards ceremony on 11 September 2019.

We are delighted that Elleke’s 2015 novel, The Shouting in the Dark, has been awarded the English Academy of Southern Africa’s Olive Schreiner Award for Prose.

Elleke will be presented with the award on 7 September 2019 in Johannesburg.

Elleke is at the 2019 ACLALS conference in Auckland, where she will give a keynote address and launch her new book of short stories, To The Volcano.

The keynote, entitled “On Decolonization: the radical power of literary thinking”, will take place at 9am on Tuesday, 16 July 2019, with the book launch following over lunch the same day at 1pm.

Many humanities disciplines including literary studies have been rocked in recent times by movements to decolonize the syllabus—to open curricula to writing from ‘the outside’, including the global margins, or to the commons in its broadest sense. For many, these moves have been seen as affronting and even alarming, threatening our understanding of literature as it has conventionally been received and taught. In this talk I want rather to suggest that decolonization represents an opportunity, an opening and shaking of settled perceptions. Moves to decolonize are particularly an opportunity for those of us involved in writing and reading texts, perhaps especially postcolonial texts, because of what I call the radical power of literary thinking. In the body of the talk I will explore in more detail what I mean by this, drawing on work by Mzobe, Okorafor, Evaristo, and others.